In this story, builder Sean Murphy and his company, Hollyhock Construction, set a high performance precedent (and secure a win at the 2022 Logix Awards) with locally available labor skills (with a bit of help from Logix Brands).

Sean and his team met and exceeded client expectations — and the industry standards — while relying solely on locally-available materials and non-specialist labor.

The result? A masterful coordination of locally available engineered insulation products, such as Logix ICF, Halo Exterra and Heat-Sheet from Logix Brands, integrated together by superior detailing rooted in building science and common sense.

This 2,925 ft2 single family residential home was constructed in 2021 in Teulon, Manitoba, a town in the Climate Zone 7B (one of the coldest). It was designed by ANT Architecture and built by Hollyhock Construction. 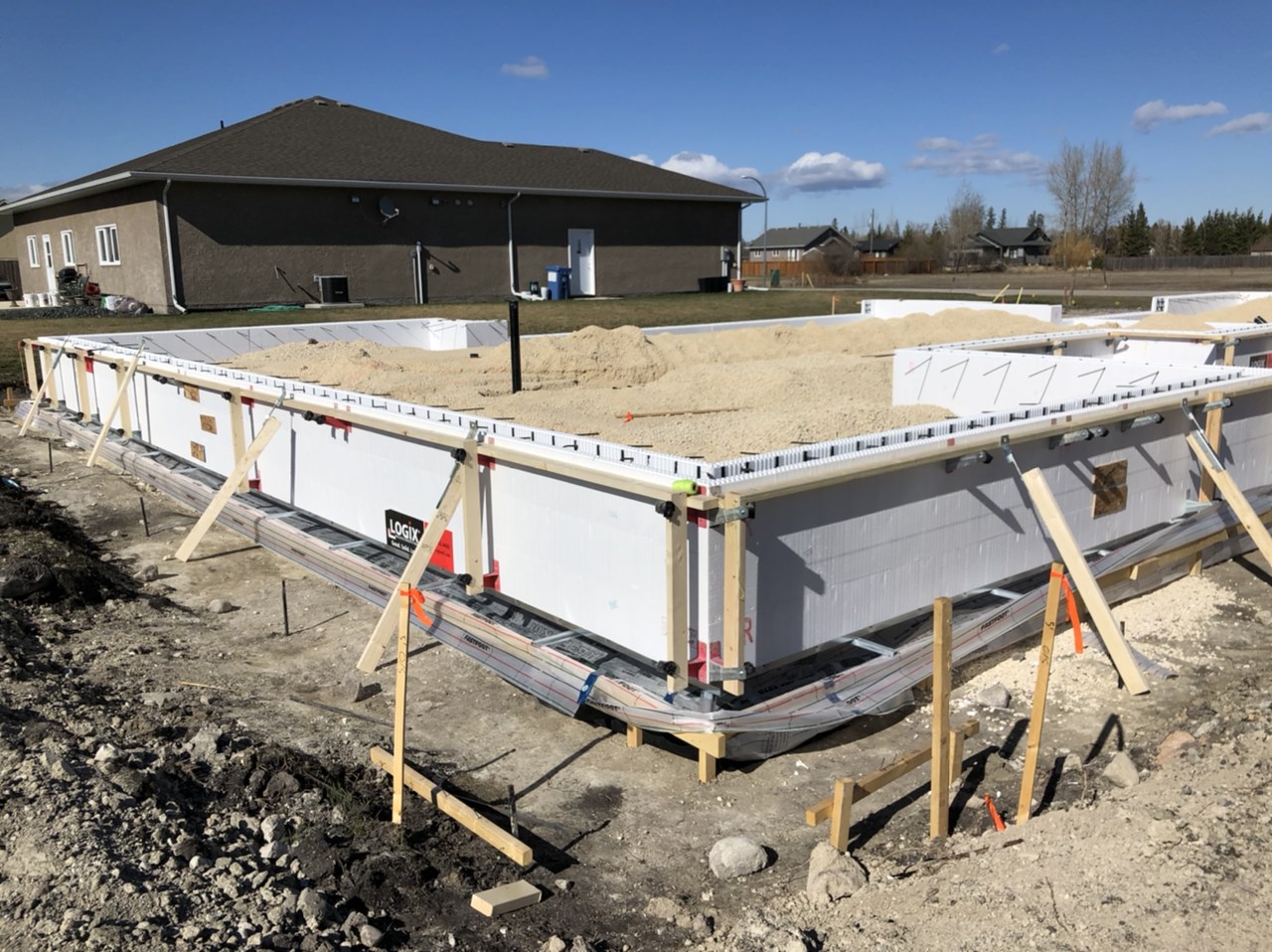 Per Sean, the owner of general contractor,  Hollyhock Construction, the primary project objectives were:

Sean has shared several key details from the Teulon House project, and below are the two most essential section details that illustrate the interfaces between the various Logix Brands components and other building elements. These details show how all these components worked in concert to give the Teulon House its high energy performance and comfort. 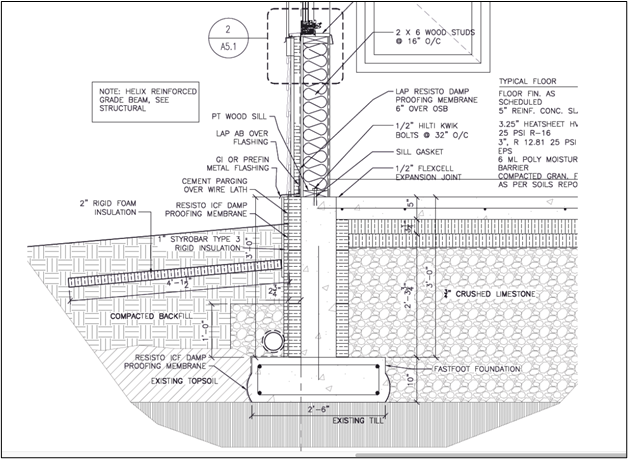 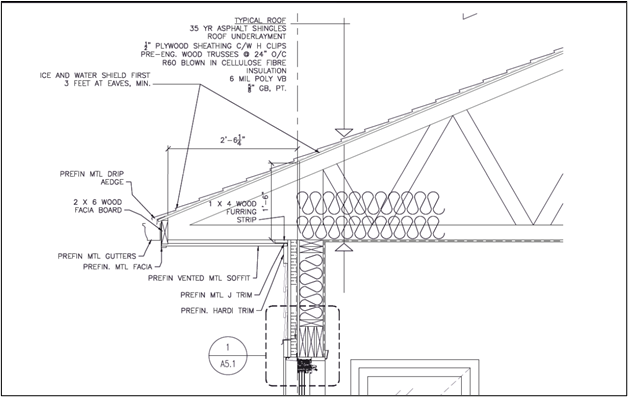 Here’s a brief recap of the most crucial details, some shown in the illustrations above, as explained by Sean Murphy:

Challenges and Solutions During Construction

The site was located a bit far from Winnipeg, so traveling and transporting materials and equipment presented a logistical challenge. The team was able to overcome the daily struggles of commuting and bringing materials to site thanks in part to cooperation from AMC Foam, the local Logix Brands manufacturer which was site stored in a shipping container for site security.

And since the concrete plan wasn’t close and getting the mix to site was a logistical challenge, Sean’s team performed a monopour, thus minimizing concrete delivery and pumping costs.

The grade level was originally below that of the neighboring sites. Sean’s team solved this obstacle by using a Logix ICF grade beam to raise the level of the house.

The clients had a limited time in which their new home had to be built, as they were moving to Manitoba from out-of-province. Sean’s team was able to design and build the house in only 10 months even during the pandemic — largely thanks to the readily available materials like Logix ICF, Halo Exterra and the speed of installation with these products.

Sean Murphy has shared with us the durations for each of these tasks: 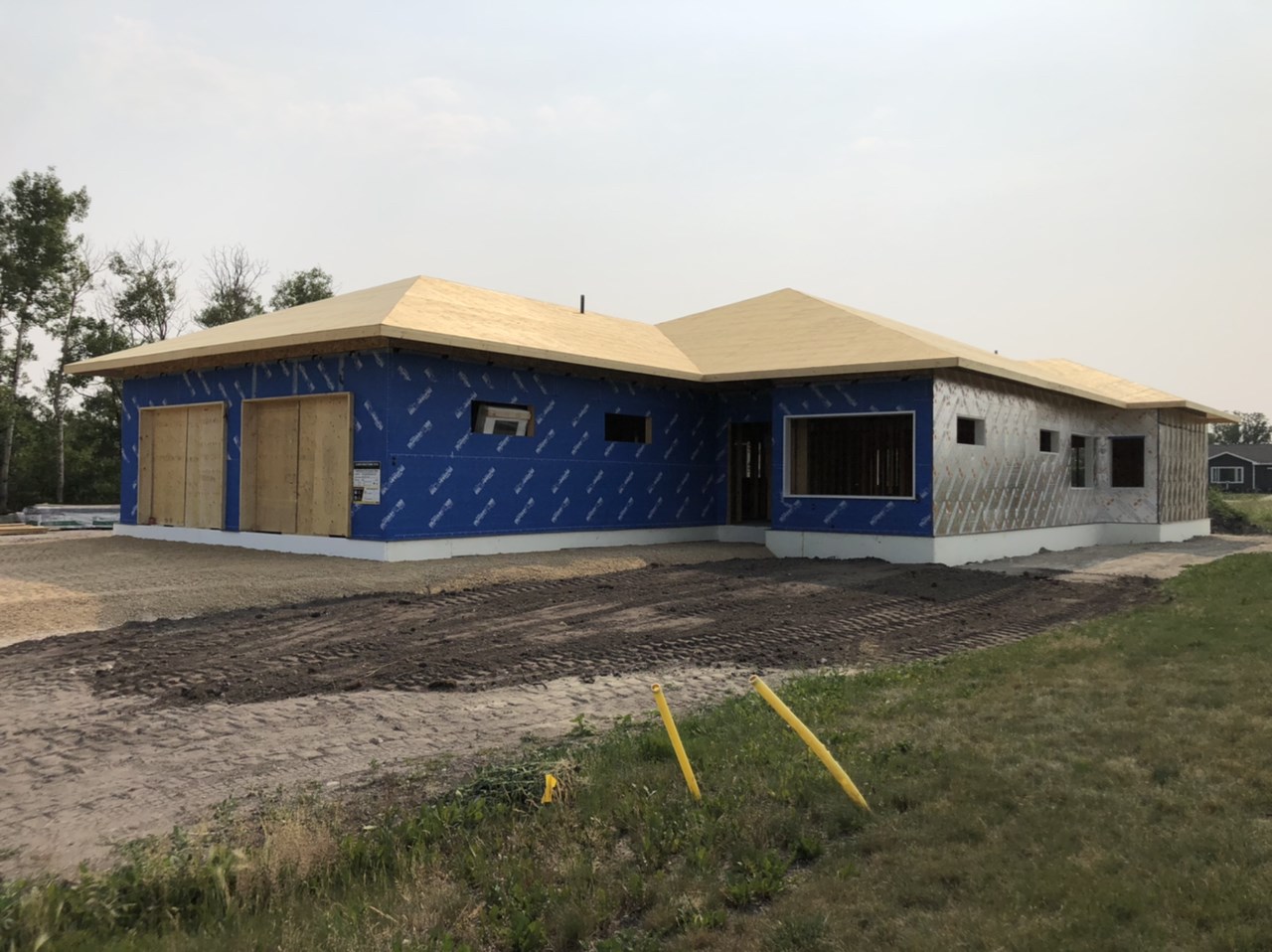 Sean Murphy and Hollyhock Construction completed the entire Teulon House project — including design and construction — in only 10 months which is a very efficient timeline considering the logistical challenges the team faced due to the site’s distance from Winnipeg.

What’s more important was the end product met and exceeded the client’s expectations.

Crucially, the entire home ended up being completely accessible, an achievement that went a step farther than the client’s requirements for an accessible living area.

Also, the house achievedimpressive R-Values, and consequently, a high energy efficiency. The home’s main walls had a thermal resistance of effective? R-27.2, whereas the garage walls had effective? R-17.9. The home’s airtightness was equally as impressive , measuring at 1.24 ACH50 during the door blower test. That’s roughly twice as airtight as what most modern new homes offer, and slightly better than the 1.5 ACH50 Net-Zero Ready mark.

Thanks to its high thermal resistance values and impressive airtightness, the Teulon House received an EnerGuide rating of 76 Gj/year, which makes this house 29% more efficient than comparable modern homes.

“This project has set a precedent for our future custom home projects whereby a critical need of the client can be addressed while using the best construction materials in order to enhance their living experience.” 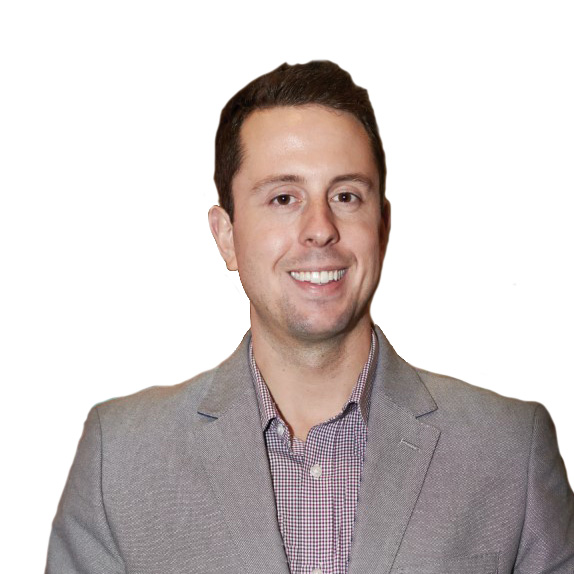 Tyler is passionate in the design of building enclosure systems that are durable, safe, efficient, and engage material selections that limit advancement of carbon emissions. His educational background provides a solid foundation of field research, hygrothermal modeling, and forensic investigation of building failures.